The site is secure.
The https:// ensures that you are connecting to the official website and that any information you provide is encrypted and transmitted securely.

To be used When an alert box is too visually prominent and additional information needs to be communicated without leaving the page. 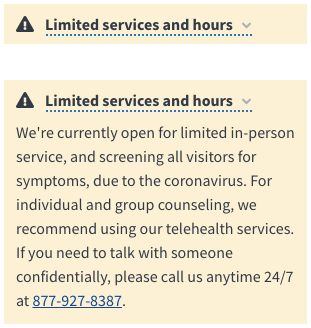 Icon: Must provide alternative text (use sr-only text or an aria-label) so screen readers have an equivalent understanding of the purpose/nature of the message

Heading: e.g. “Facility closed” should be one heading level below its parent

The alert was tested as part of a usability study with 9 participants. The alert was used to display copay charges referred to the Department of Treasury that needed to be resolved ASAP, so it was pertinent that the alert was immediately noticeable by Veterans.

View the component in the prototype here.